Just because Republicans control both houses of Congress doesn’t stop Obama. It only cripples him a little and based on his early responses to the last election I think he’s going to make the next two years a real battle. –Robert Minor comment 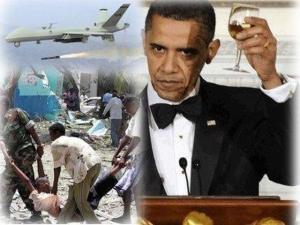 This year the annual defense authorization includes a multitude of non-defense provisions such as new parks, wilderness areas and a troubling national museum celebrating women. The move irks conservatives and other proponents of a “clean” bill.

While Cruz, Coburn and other conservative senators push back on the current draft of the defense authorization, top lawmakers on the Senate Armed Services Committee defend it.

Sen. Jim Inhofe, R-Okla.,  ranking minority member of the panel, said he disagrees with including the land provisions but urges passage.

The Senator from Oklahoma says he “dislike” this part of the Bill, which is “Theft by Fiat”, then why does the so-called Conservative Senator not have the principles and courage to just say “Oh, Hell No” to Mr. Reid of Nevada

In an commentary for The Daily Signal, Michael Needham, chief executive officer of Heritage Action for America, and Steven Bucci, a former Pentagon official who oversees defense policy at The Heritage Foundation, say including such non-military measures in the National Defense Authorization Act sets a dangerous precedent. They write:

If such actions continue, there will gradually be less focus on the important defense-related policies in the NDAA and more scrutiny of these sorts of extraneous provisions, threatening the entire defense authorization.

However, what has upset Cruz and other critics are non-military provisions to:

Withdraw 400,000 acres designated for commercial use.

Add 15 national parks or expansions and three designations for wild and scenic rivers.

Commission a study for a National Women’s History Museum on the National Mall.(see letter below)

Sen. Tom Coburn, R-Okla., who retires at the end of the year, took to his Twitter account to criticize the provisions, which he said are the result of backroom deal-making.

“This is absolutely the wrong time to begin using the NDAA as a pork vehicle,” he said. “The military is already in trouble due to budget cuts. Readiness is down, modernization and repair are on hold, all of which lowers our ability to defend U.S. interests. The non-defense provisions might be worthy, but they have no place inside this bill.”

In a related move, the legislative action committee of Concerned Women for America came out against inclusion of the National Women’s History Museum. The group’s president, Penny Nance, said:

By sneaking this item into the NDAA, members of Congress are put in the no-win situation of voting for our military, yet voting against an accurate portrayal of women.

Nance and 50 other women — including state representatives nationwide — sent a letter to lawmakers in April opposing the museum.

We, the undersigned organizations and individuals, representing millions of women across America, are writing to urge you to oppose efforts to establish a commission to study the creation of a National Women’s History Museum, H.R. 863, to be built on the National Mall. Without sufficient safeguards to ensure women are not portrayed as monolithic in our views on abortion and that it does not serve as a platform to promote liberal propaganda on “women’s issues.” As currently written, this legislation would be used as a stepping stone to create another Smithsonian that will eventually receive federal funding and will provide a jaundiced view of women’s history.

While the idea of celebrating women is admirable, and some of the proposed exhibits are worthy, we are concerned that the content of such a museum would be slanted to represent the feminist ideology and would not provide an accurate portrayal of American women.

The website attached to this proposed museum references Margaret Sanger nine times and Victoria Woodhull over 20, while referencing Phyllis Schlafly once and not mentioning Beverly LaHaye at all. It also highlights Sandra Fluke, while ignoring Kay Coles James, Alveda King, and Star Parker.

Margaret Sanger, the founder of Planned Parenthood, the nation’s largest abortion provider, was an avid supporter of sterilization and eugenics. She targeted ethnic groups and certain classes of people to eliminate, because in her mind, they transmit objectionable traits to offspring. This mentality is appalling and extreme. Yet, those who support this effort would simply gloss over Sanger’s less flattering history.

Additionally, Victoria Woodhull was an advocate of the “free love” movement, which rejects marriage (she claimed marriage was “forced prostitution”) and promotes promiscuity as freedom for women and a woman’s right.

Surprisingly, Victoria Woodhull also joined the early suffragists in their pro-life beliefs. She said, “The rights of children, then, as individuals begin while they yet remain the fetus.” She further said, “It is a well authenticated fact established by statistics that as civilization evolves, that as enlightenment becomes the rule among the people, abortions increase. Wives deliberately permit themselves to become pregnant and then, to prevent becoming mothers, deliberately murder them while yet in their wombs. Can there be a more demoralized condition than this?”

The current website makes it difficult to discern these views by women like Victoria Woodhull, Susan B. Anthony, and others, if they include them at all.

We applaud any effort to recognize the many amazing accomplishments of women and women’s history but the question must be asked, “Whose view of history?” Our concern is that the museum will seek to celebrate and promote the “progressive era” of the “sexual liberation” movement (i.e., abortion-on-demand) as part of women’s history when, in fact, that era has caused such physical and emotional harm to women.

In addition, the museum’s current website lauds Bella Abzug, who cofounded a global women’s advocacy organization whose goal was to work towards a “just world” that promotes and protects human rights, “gender equality,” and the “integrity of the environment.” Bella Abzug once said, “I am not being facetious when I say that the real enemies in this country are the Pentagon and its pals in big business.”

Make no mistake; the free market system has raised the standard of living for women all over the world and significantly in this country. Additionally, the strength of the U.S. military and defense brought down the Soviet Union aided by the first American woman Ambassador to the United Nations, Jeane Kirkpatrick, who is also left off of the current website.

To indoctrinate American children, who visit the nation’s capital, with leftist views is so distasteful that within this climate we respectfully decline our own museum. We would prefer that students visit the other 19 Smithsonian museums and galleries to hear about women’s history than to have one that propagates a false narrative.

Supporters of H.R. 863 point out that private funding will be used for the commission. However, it is the intent of the National Women’s History Museum, according to its own web site, to be affiliated with the Smithsonian Institution.

Currently, the Smithsonian Institution receives 65%of its funding from the federal government, which spent $805 million in F.Y.2014. In today’s fiscal climate, we must weigh whether it is prudent to add more costs to an already constrained budget.

For these reasons, we ask you to oppose H.R. 863 in its current form. Unless the diversity of opinion among American women about our own history is affirmatively addressed and safeguarded by Congress We urge you to oppose what will without doubt become a shrine to Liberal ideology, and liberal advocates.

Women must not be used as an excuse to promote a system of beliefs that ultimately exploits and harms us.

Not on our watch.